Changsha is the capital of Hunan province in China. Also called “Star City”, it is situated in southern China in the midstream area of Yangtze River and the downstream area of Xiang River. Located in the eastern part of Hunan province, the city plays the role of its governmental, economic, cultural, scientific, educational and transportation center. In 2015, Changsha’s GDP (total output) reached 851 billion yuan (13 trillion Japanese Yen), becoming the sixth most economically powerful province capitals of the country. Being a tourist city with outstanding scenic areas and fine old castles (it was the first place to be designated as a National Famous Historical and Cultural City in China), it is also known as a Green City highly ranked for the well-being of its citizens.

Changsha is an important commercial city of the South Central region of China. It is nation-wide famous for its industries, service sector, entertainment industry, mass media, film and variety show production. Its recent remarkable growth in the fields of high-tech engineering and electronics industry is worth mentioning as well. Numerous Japanese companies, such as Mitsubishi Motors, Sumitomo Corporation or Heiwado, are also expanding into the local market.

Changsha is the birthplace of Chu and Han cultures, and its name and location haven’t changed for the last 3,000 years. The city possesses various important cultural assets, such as Mawangdui archaeological site, Yuelu Academy, Four Sheep Square Statues or Zoumalou, as well as scenic and historical places depicting rich Chu, Han and Huxiang cultures. Qu Yuan, Jia Yi, Du Fu and other famous poets have celebrated Changsha, and a large number of excellent literary works have been preserved. Changsha has also produced a great number of notable politicians of modern times (Mao Zedong, Liu Shaoqi, etc.).

Situated in the area of outstanding natural beauty, Changsha is a place of numerous tourist attractions to be enjoyed in any season. However, the highest peak of tourist activity is reached in autumn. Yuelu Mountain is especially breathtaking during the autumn foliage season, attracting a considerable number of tourists every year.

Changsha is called a “City of Entertainment”. A number of popular variety shows airing all over the country are produced by Hunan TV Station. The city also offers a great choice of night entertainment spots, such as night markets, traditional art performance places, where people can enjoy drinking and watching various stage performances, or have a good time dancing and singing in disco and karaoke bars. 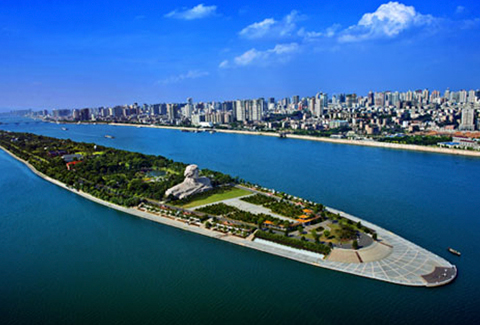 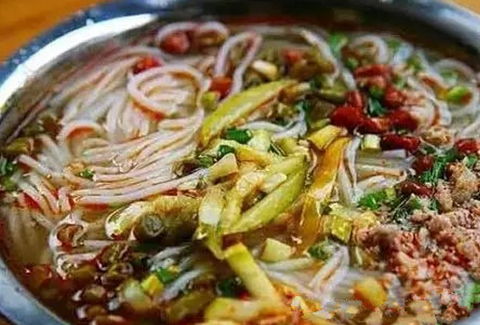 Yuelu Mountain, with its highest point at about 300 meters above the sea level, is situated on the west bank of Xiang River. This sacred mountain is dotted with ancient relics of Confucianist, Taoist and Buddhist cultures.
Yuelu Academy was founded in 976, during the Northern Song dynasty. It is one of the four most famous academies of classical learning of ancient China. It was designated as an Important Cultural Property and is called now a “one-thousand-year-old academy”. Yuelu Academy is also a home to several provincial research bases of the prestigious Hunan University : Research Base for Humanities and Social Sciences, Research Base for Changsha Studies, Research Base for Cultural Studies of Hunan Province, Research Base for Chinese Traditional Culture, Research Institute for Chinese Academies.

Xiang is one of the tributaries of Yangtze River. 844 kilometres long and with 9,4660 square metres of river basin area, it is the largest river of Hunan province. River’s waters flow into the Dongting lake.
Originally shaped by vehement waters of Xiang river, Orange Isle is located in the central part of the city. With a length of several kilometres and a width up to 140 meters, it is considered the world’s longest inland river isle. Youth Mao Zedong Statue, Traditional Culture Center and Orange Garden are main local attractions.

Fermented tofu (also called “stinky tofu”) can be served deep-fried or boiled. It is a common dish all over the country, but the tofu marinated in fermented liquor is Changsha’s local speciality.

In Hunan province, famous for it production of rice, Hunan rice vermicelli have been eaten for the last 400 years. Flat Changsha Mei Fun rice noodles are especially preferred here and commonly enjoyed at breakfast.

Using glutinous rice similar to this used for making Japanese rice cakes (omochi), these round rice balles are filled with meat or sesame paste. Originally served by two beautiful sisters in the famous Changsha’s restaurant Huogongdian, they are now known by the name of “Sister’s rice balls”.